With new LEDs on the market, it’s tempting to equip trucks with only corner light fixtures, but don’t be fooled. With truck-mounted perimeter LEDs, only HALF of the light is directed at the scene, and this eye-level light creates glare for crews. Meanwhile, Command Light’s patented light tower movement clusters ALL of your fixtures, allowing light to gather and be directed for maximum output, much like sport stadium lights,. Plus, Command Light’s all-new Trident Tripod lets you position light where no truck can. The difference is night and day. 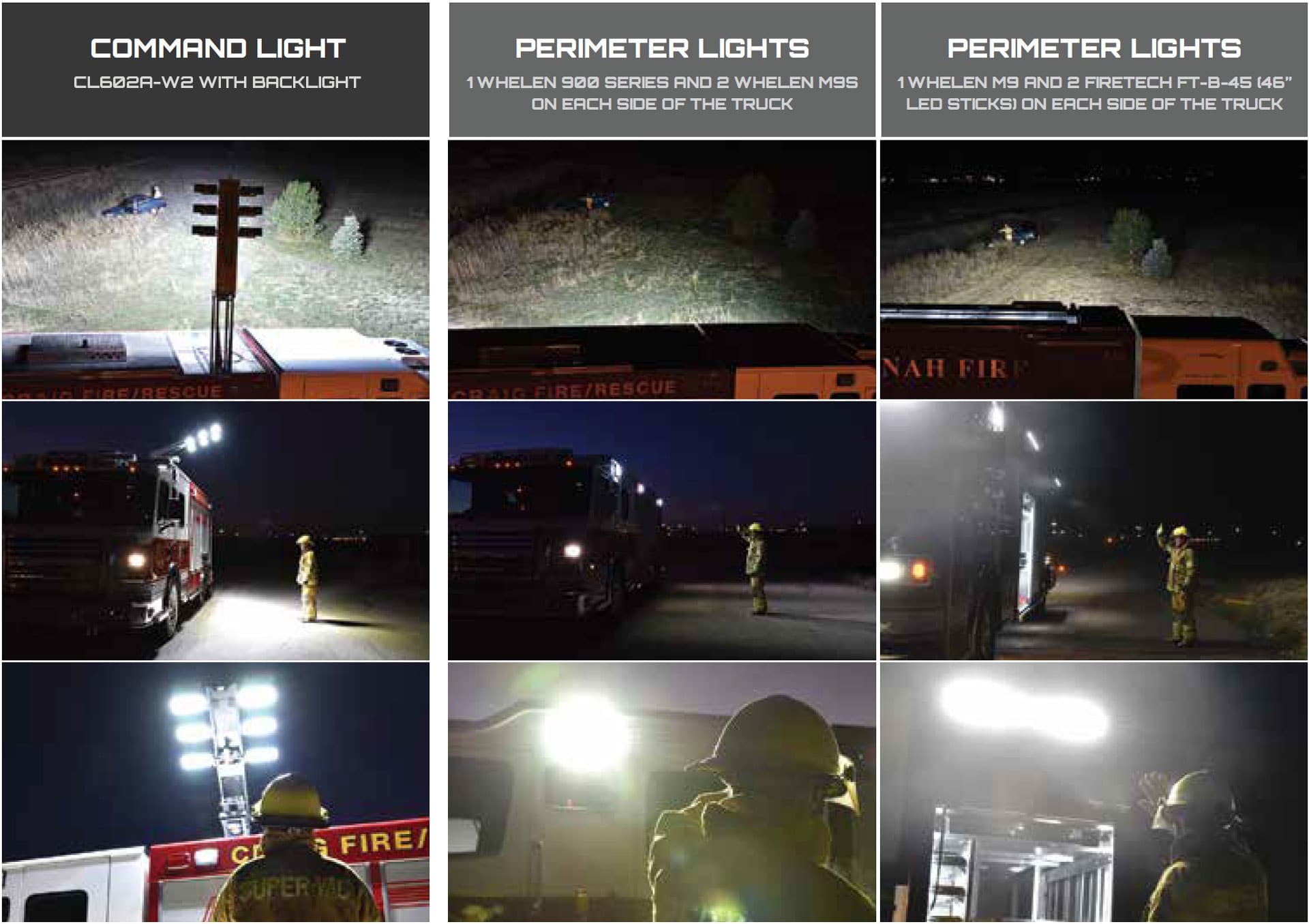 In this study, it’s apparent that only HALF of the truck-mounted fire trucks scene lights are directed at the scene, which is not a great investment of your expensive LEDs. Plus, this eye-level light creates blinding glare for the crews. Meanwhile, Command Light’s patented movement clusters ALL of your fixtures, much like sport stadium lights, allowing light to gather and be directed for maximum output at the best angle.

The difference is night and day

Command Light expanded on this study with this additional Lighting Study >